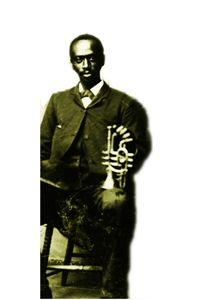 “On May 9, 1832, at nine o’clock in the morning, an African American student, Aaron O. Hoff ’36, had blown the horn that called 43 students and three teachers to their first class at Lafayette” (Gendebien, 1986).

Since 1991, the Office of Student Life Programs has been honoring Aaron’s legacy with an annual service and leadership recognition ceremony. Each spring, students, faculty, staff, administrators, and community members receive Hoff Awards for leadership, volunteerism, teaching, and service to the Lafayette community.

The Aaron O. Hoff Award is Service Above Self Award, presented to those “who best exemplify the qualities of caring and concern for others in service activities.”

For more information on past winners of the Aaron O’Hoff Awards, please visit our Student Life Programs Site – (click here)

Our Pulse Our People